Not sure what to read next? Take a look at this list of new releases!

Over the past few weeks of Lockdown, there’s been a ton of new releases that haven’t had the addition they deserve. So, here’s a list of some of the great reads I’ve discovered that I’d firmly recommend – all of which are out now (apart from Wonderland which is out May 26th). If you spot something you like, why not give it a try and buy a copy from your local bookshop? They really do need your support right now. Not sure of your local bookshop? Try out Hive or this handy bookshop-finder.

The Switch by Beth O’Leary 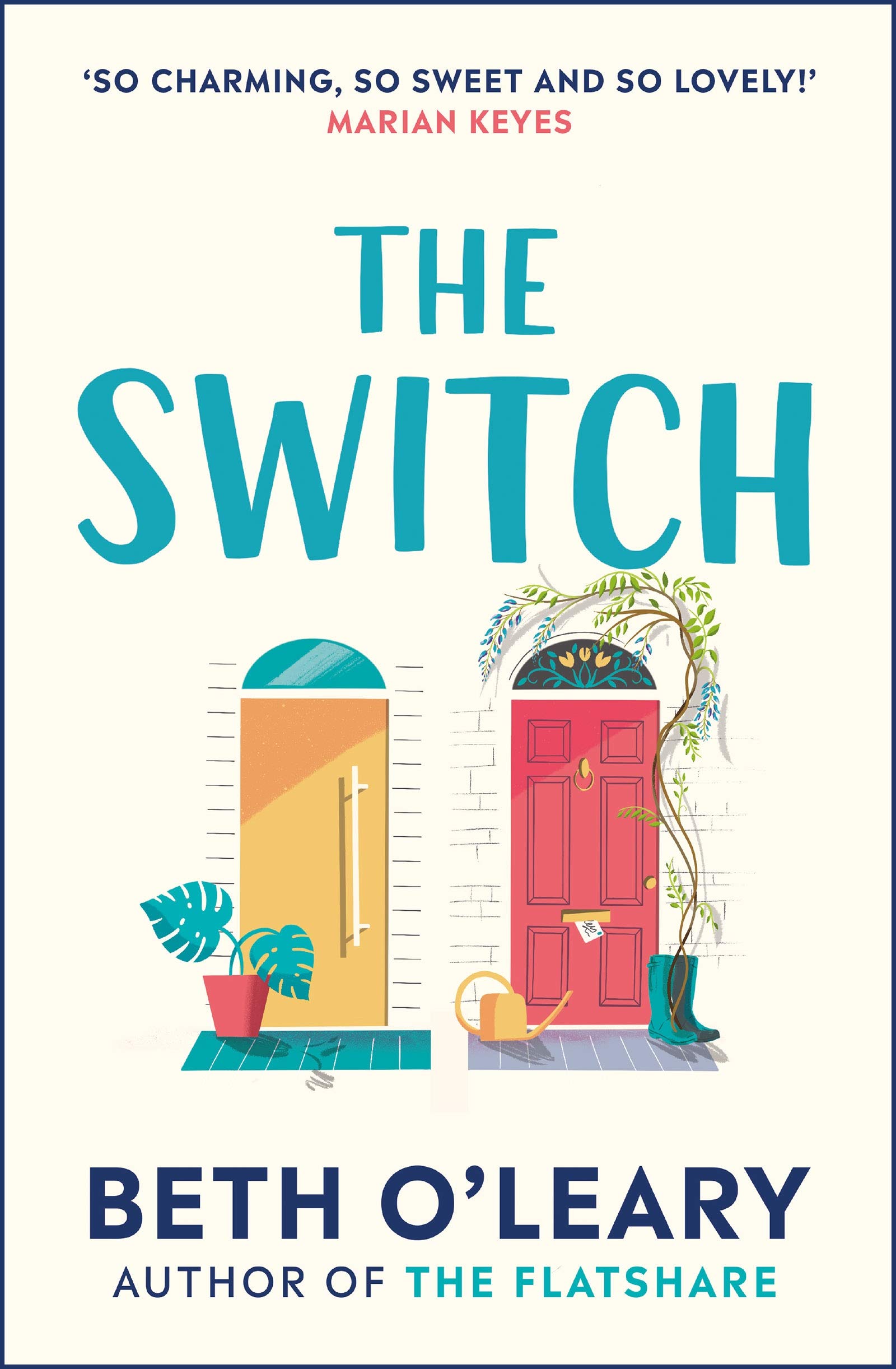 For fans of: Romantic comedies, feel good reads, The Flatshare

The Flatshare was one of my favourite reads of 2019. This book, the author’s follow-up, is just as good. As with The Flatshare, the book adheres to the conventions of romantic comedies – you know exactly what’s going to happen. And yet, she creates characters that are so wonderful, and warm that you root for them all the way! We once again hear from two different characters – this time around it’s London-based Leena (in her late 20s) and her Yorkshire-based Grandmother Eileen (soon to be turning 80). A year on from the death of Leena’s beloved sister, Leena and her Grandmother switch things up by swapping lives – Eileen goes to London in search of love, Leena goes to Yorkshire to find herself again. And it’s all so bloomin’ lovely. The array of supporting characters are so wonderfully constructed, forming communities you wish you could be a part of. This was such a pleasure to read that I was genuinely sad to finish it as it meant I had to say goodbye to the characters! Strong recommend! 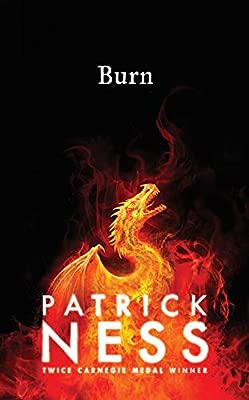 Wow. For me, it feels like the release of every Patrick Ness book should be an EVENT. The way he plays with magical realism, blending a recognisable world with all-too familiar problems with fantasy, makes the emotional potency almost unrivalled. That’s more than true of ‘Burn’ – which is also one of the first books in a long while that I’ve wanted to reread straight after finishing. That’s because I felt bereft it was all over and the fact that having finished it I could see all the brilliance that had been plotted out and interwoven along the way. ‘Burn’ is set in 1950s America during the Cold War. Sarah Dewhurst lives in smalltown Washington, and it’s a familiar landscape, with race issues, money issues and small-town mindset. But there’s also dragons. And end-of-world prophecy, beyond the current day crisis, that goes back millennia – about a young girl, a dragon and a moment that could end everything. This might just be my new favourite Ness – it’s just so brilliant. The characters are fantastically constructed, we immediately care for them and worry about how things are going to pay out. The story is so compelling, I really could not put this book down. I really could shout out about this one from the rooftops. A true gem. For fans of: Gossip Girl, Made In Chelsea, Alice In Wonderland, Riverdale

Loved this! The retelling of Alice In Wonderland I had no idea we wanted and I’m not sure we deserve – as it’s just so well executed. For me, It’s up there with Kiran Millwood Hargrave’s ‘Deathless Girls’ (a prequel of Dracula about his wives) in terms of high quality reinvention of a canon text. Wonderland is essentially Gossip Girl meets Made In Chelsea but psychedelic. The book is littered with all sorts of references to the original story but with a modern twist – the Caterpillar is now an all-knowing student with a gossip app, the Queen Of Hearts is the most popular – and cruellest! – girl at school. The story it follows, of a young girl/woman going through the Rabbit Hole into a strange and new world is very much there, but still manages to feel like it’s own new story. Alice is a fantastic protagonist – so dry, sharp and scathing. Her reportage of the various indulgences she is force to bare witness to, and occasionally partake in…, make for often hilarious reading. PSA: I’ll be recommending this to students in year 10 or 11 and above, as it does get pretty raunchy and the drug consumption is frequent. This is a fun, engaging and gripping read that makes for an irresistible binge!

Rules For Being A Girl by Candace Bushnell and Katie Cotungo 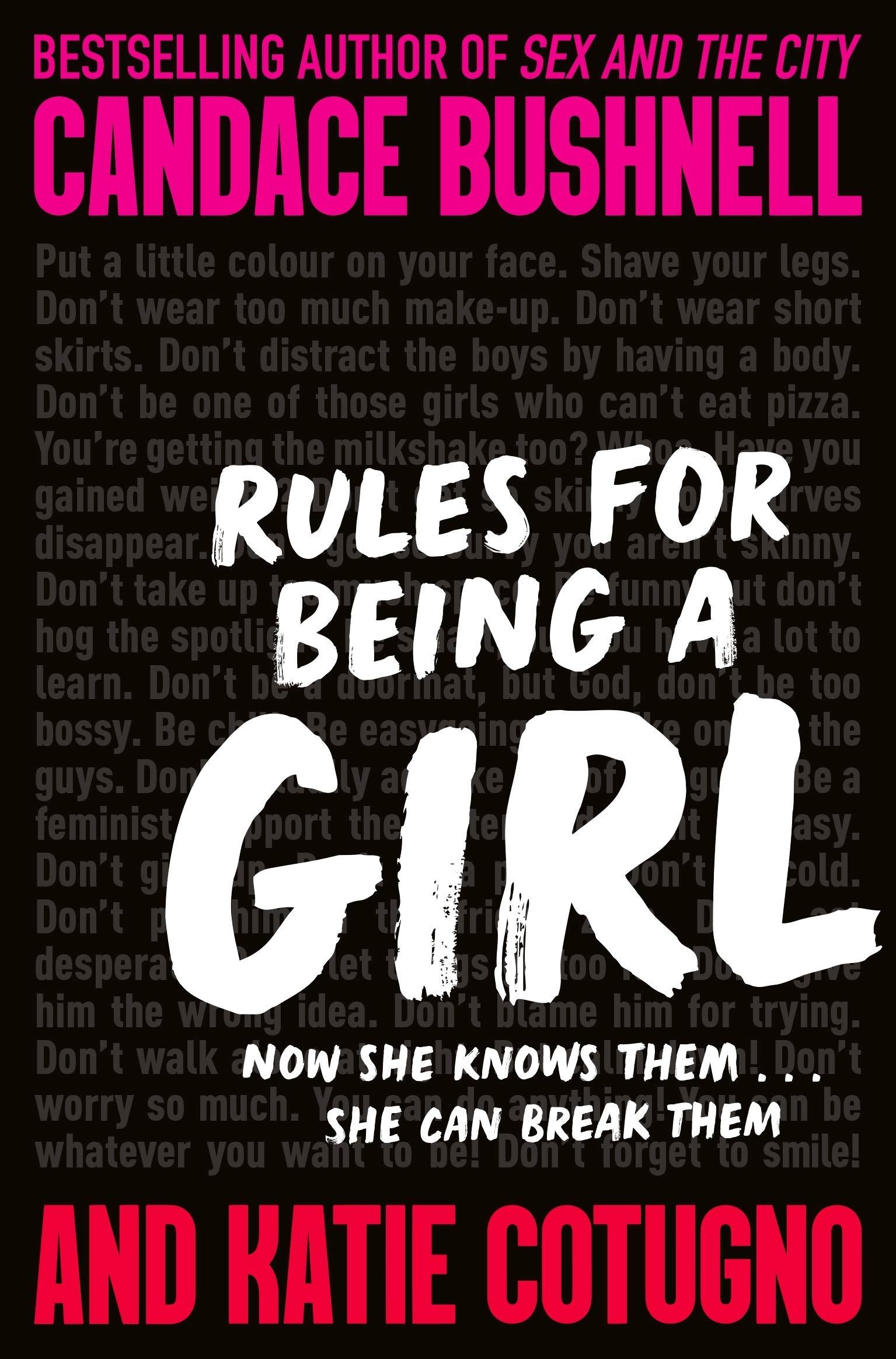 For fans of: Sex Education, Never Have I Ever, Veronica Mars

I *loved* this book! It’s scathing, fierce, funny and truly empowering. Marin is a superb character, whose journey into self-awareness and feminism was one I really enjoyed being a part of. When Bex, her English teacher, crosses the line in his interactions with her – Marian is shocked by the divided reaction of those around her. It makes her realise just how many rules there are for a being a girl – and she becomes determined to do all she can to prove that rules are there to be broken! A compulsive and binge-worthy read that I’m certain will be one of my favourites of 2020 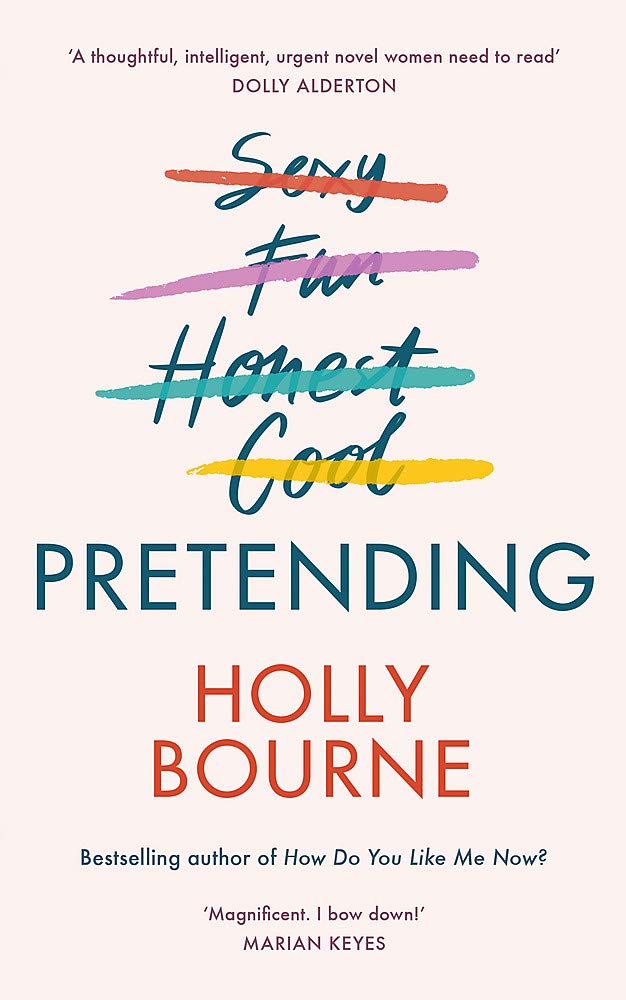 For fans of: This Way Up, Fleabag, Everything I Know About Love

Holly Bourne is known to many as the reigning Queen Of YA, but her status as one of Britain’s seminal writers was sealed with the realise of her adult debut in 2018. ‘How Do You Like Me Now?’ was an examination of societal expectations for women that was as perceptive as it was scathing and bitterly funny. The same can be said for ‘Pretending’, except this book feels even more piercing as Bourne hones in on modern dating. Namely on how shit and god-awful it can be. Protagonist April feels like an every-woman – kind, thoughtful, sweet and caring – yet for the majority of her adult dating life she’s been unable to make it past date 5. Having been let down countless times, and having heartbreaking utter betrayals of the worst order, she endeavours to ignore the dating advice of ‘being herself’. She’s done that and it’s gotten her nowhere. Instead, she decides to be perfect- or at least pretend to be. She alters her information on the dating apps and becomes Gretel – a woman who is perfect and the kind men will deserve and crave in a way they never feel about April. Gretel is in control and self-assured when it comes to dating, so confident in herself that she’s unshakeable – quickly reeling in the unsuspected Joshua. Except what should have been casual dating quickly becomes more serious. Who is really in control here? And how long can the pretending continue? This all plays out in such an addictively readable manner, we instantly become invested and desperate to know how everything will play out. Bourne masterfully negotiates and oversees proceedings, with a deceptive lightness of touch, regularly gut punching us with potent wonderings and justified righteous rage. The aching empathy we feel for April, reinforced for many of us fellow singletons by the fact it all feels so bitterly familiar, lasts long after reading. This is a powerhouse of a novel, a modern classic and treatise of modern dating. The term ‘must-read’ gets banded around all-too frequently, but rarely does it apply as accurately as it does here.