‘We need a story to inspire a nation.’ (Their Finest)

2017. The year I saw 117 films at the cinema and the year the world felt a bit like it had been turned upside down. Or that someone had gone back in time and stepped on a butterfly… The true power of cinema felt at its greatest this year both on the screen – with movies that moved us and made us laugh in equal measure – and behind it – with a series revelations about the misconduct of numerous celebrities, some more surprising than others. We’ve needed to escape and reflect more than ever – thankfully it’s been a truly incredible year for cinema. Choosing just ten favourites felt like an impossible task. After rounding 117 down to a shortlist of 25, here’s my top ten…

Is it a comedy? A satire? A horror movie? Or just maybe – all three? At 2h 42m it’s the longest film on the list but it’s also one of the most emotional and evocative films on the list. Never have I gone from cringing so hard (genuinely trying to hide behind my hand as if to prevent the inevitable) to laughing so fully to gently weeping. If you’re a fan of truly awkward situations, embarrassing father figures, dysfunctional family relationships, practical jokes, impromptu renditions of Whitney Houston and petit fours – will this one if for you. Jack Nicholson is due to star in the Hollywood remake, so best get watching this one asap… (Full review here)

9) My Life As A Courgette

And now to the shortest film on this list, clocking in at only 70 mins. This decade has provided us with some truly wonderful animations, we really are in a Golden Era of animation. This stop-motion movie tells a difficult subject, the lives of children at an orphanage, with heartfelt love and care. Courgette is the kind of child you desperately want to hug and/or adopt – a sweetheart who has been through truly horrendous things yet remains kind, hopeful and optimistic. Watching it will shatter your heart, but put it back together even stronger. (Full review here)

As Beyonce informed the world in 2011, it is girls who run the world. And if it’s run by the girls who feature in this documentary, then we’re in very safe hands indeed. The focus is upon a Baltimore high school dance team, specifically three of its members during their last year. The future is looming, vast and wide, yet there are many challenges to be faced before that. Few films, not just in 2017 but in general, are this inspiring and empowering. We are women – here us Step! (Full review here) 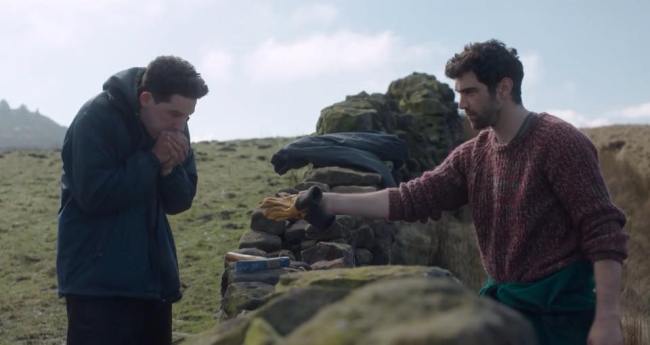 It won the BIFA (British Independent Film Award) for Best British Independent Film. It also won lead Josh O’Connor the award for Best Actor, Debut Screenwriter for its writer-director Francis Lee and Best Sound for Anna Bertmark. Each award truly deserved for a key aspect which come together to make one of the most beautiful films of the year. A timeless love story about the beauty within love and how it can set us on completely unexpected paths at the most unexpected of moments. (Full review here)

Frustratingly, the only film on this list I didn’t write a review for (time constraints as opposed to any other reason). Set over one summer at a motel on the outskirts of Disney World, far away from its ‘magic’ yet under its shadow, lives a six-year-old girl called Moonee. She finds fun in all aspects of the motel, the other equally budget motels nearby and the various other odd-sports in the surrounding area. Unbeknownst to her are the troubles her mother, Halley, is experiencing. For they, like the other residents of the motels, are part of America’s invisible underclass. Few films about childhood capture the fun and freedom this well, whilst also balancing it with the true silent hardships experienced by so many.

I really love this film. I think it will always have a place in my heart. Primarily for the watching experience – the life and times of a grumpy man who wasn’t always that grumpy has the making of storytelling perfection – but also for the experience afterwards. After both cinema-viewings of it I found myself in a queue in the women’s toilets (not all that unusual).  Both times we were a line of women, some of us still sniffling and some of us desperately trying to restore our faces to some semblance of order, all talking about how wonderful the movie was and how moved we were by it. That’s what good cinema is – connecting the most unlikely of people in the most unlikely of places. (Full review here)

Go see it. Yes, you. Go see it. Don’t try all that ‘it’s for children’ nonsense with me. It’s a film for anyone and everyone. As previously mentioned, 2017 has been a bit pants really. This film lets you escape the pants bit of things by being the cinematic experience of being hugged, by a really sweet and polite little bear. I cried, a lot, more often than not with just how happy the film made me. It’s also brilliantly funny as well as moving, with both Hugh Grant and Brendan Gleeson clearly having a whale of a time. Go see it now, or at least after you’ve finished reading the top three… (Full review here)

How many ways do I love thee? Let me count them! I love Gemma Arterton’s strong, determined and sassy in a leading lady role. I love the rapport between her and the oh-so-sardonic Sam Claflin. I love Bill Nighy in full-on quirky mode. I love Helen McCrory stealing every scene she’s in. I love the costumes. I love the set design. Most importantly of all I love the fact the entire film is a love story about the power of cinema, that during even the most darkest of times there is still hope to be found. (Full review here)

I first wrote about La La Land in October 2016 after seeing it at London Film Festival. I fell for it and fell for it hard. As soon as the ‘cinemascope’ title kicked in, well I knew this was one for me. One for the dreamers, the sentimentalists and the desperate romantics. Cinema also plays an important role here, both in terms of the narrative and in terms of the storytelling overall. It’s a tribute to the Golden Hollywood days but with a modern take. Gosling and Stone (in their third outing together) charm and light up the screen. I’m La La for this film, something which I’m unashamed about and shout/sing with pride. (Full review here)

The thing that seems to unite all the films on this rather eclectic list is the fact they’re all love stories in some shape of form – be that platonic, familial, romantic or self. This film covers love in all those shapes and forms by starting at the beginning – with first love. It’s something most of us have or will go through, a universal experience that is unique both in its power to lift and totally destroy. It makes you feel like you’re omnipotent yet can shatter you all-too-easily within sheer moments. A time of your life that is equally brilliant yet horrific, when another person has the power with just a simple look to have you dancing around the room or curled up in a corner sobbing. I cried throughout the film, sobbed during the final sequence then essentially howled in the shower when I got home. There are so many beautiful moments, many of which I’ve mentally revisited since watching all those weeks ago. It’s the father-son monologue which still breaks me each time. A graceful mediation that will resonate with everyone. (Full review here)