‘We need a story to inspire the nation’ – Their Finest

One of the most underappreciated films of 2017. London, 1940. Gemma Arterton is hired by the British ministry to provide a ‘woman’s touch’ to their moral boosting cinematic output. Sam Claflin is her cynical foil. Bill Murry is the faded actor cast in their next movie. Jake Lacy is the all-American hero they’re forced to feature in it. [Insert chef’s kiss] Fun fact: It was my first ever review written for Den of Geek.

Another period drama that stars Bill Murray. This time we’re in the Victorian era and he’s a police officer given the thankless task of hunting down a serial killer akin to Jack The Ripper. Daniel Mays is his sidekick. Eddie Marsan is fabulously creepy. Douglas Booth needs to be seen to be believe (and heard, courtesy of some cracking prosthetic teeth..) Sam Reid’s mahogany tones need to be studied for their levels of phwoarness. But it’s Olivia Cooke who steals the show, as she did with Vanity Fair on ITV this year. Here’s my original review, written for Vulture Hound. The true story a group of gay and lesbian London-based activists supporting striking miners in 1984 Wales is told with such joy and hope, I feel slightly weepy just writing about it. The soundtrack is one of my most listened to of all-time. George MacKay, Ben Schnetzer, Dominic West, Imelda Staunton, Bill Nighy (his third appearance on this list!), Andrew Scott, Paddy Considine and Joe Gilgun. It’s just so good; a modern classic.

Everyone talked about Call Me By Your Name, including myself by writing about it here and naming it my film of 2017. Not enough people talk about the brilliance of this film. I wrote about it for Den Of Geek but truly feel as if I’ve done the film a disservice by not talking about it enough. It’s a love story that invokes an ache due to how raw and believable it is. Sweet, heartfelt and quietly moving. Total brilliance. 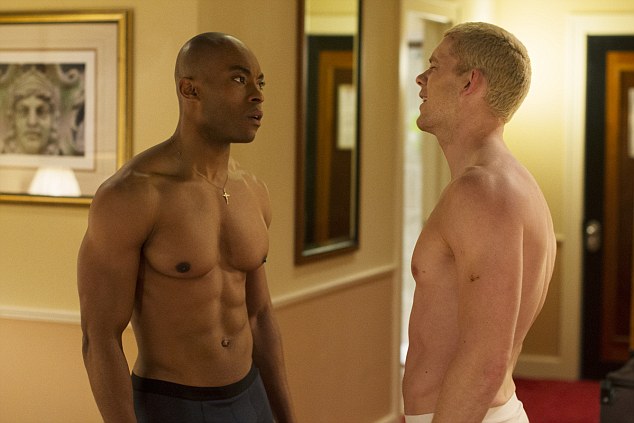 I usually have mixed feelings about plays turned into films. Sometimes the medium translation does the original text a disservice and doesn’t work as a film. I didn’t feel that way at all about The Pass. Russell Tovey and Arinze Kene (who, after seeing in Misty at Trafalgar Studios this Autumn, has become a personal fixation) play two footballers who may or may not be in love with each other.