Sometimes I (very rarely!) might not want to go the cinema (gasp! shock! horror) but I still want to watch a movie, of course. Thankfully we live in the era where so many films, so so many, are available at the speed of a click. But with so much choice out there – how do we know if we want to commit to that film? What if we met (I mean find…) a better film, there’s so much choice out there? Are we sure we want to waste our precious time on that film? How do we know that is the right film for us? Hopefully this list will be of some use – a list of little known gems on Netflix that I would give the Charlotte Sometimes seal of approval to. I promise to keep it updated!

Brooklyn – The 1950s. A young Irish girl, Eilis (Saoirse Ronan) moves to Brooklyn, lured by the promise of America and knowing there is little for her back home. Homesickness threatens to swamp her but distraction comes in the form of Italian-American charmer Tony (Emory Cohen). Her happiness is only temporary when tragedy strikes back home, forcing Eilis to return. Once there she soon discovers she could have a future there, something she never felt before, forcing her to choose between two countries and the two very different lives they would offer her. (Click here to read my original review)

The Lobster – Recently single, courtesy of an adulterous wife, David (Colin Farrell) is forced to move into The Hotel. He lives in a dystopian world where to be single is to be breaking the laws of The City – he has 45 days to find a romantic partner or be turned into a creature of his choosing and be sent off into The Woods.

Eddie the Eagle – Eddie Edwards (Taron Egerton) has always wanted to be good at sports and win a medal. Unfortunately he’s never been all that good at anything he’s tried.He finds that he has a natural affinity for skiing and does really well at it – but then gets cut from the Olympic ski team as they don’t think he’s up to the job. Deciding to take fate into his own hands he travels to Germany to try his luck at ski jumping – something which he’s never actually tried before… Fortunately iconic former ski jumper Perry (Hugh Jackman) happens to work at that very same resort. Unfortunately for Eddie, Perry initially refuses to help, but Eddie has something – a determination and enthusiasm – that may just persuade him. (Click here to read my original review)

Sing Street – When his family fall on hard times, like many families in 1980s Dublin, Conor (Ferdia Walsh-Pinto) is forced to leave his private school to move to a free state school called Synge Street CBS. With a terrible reputation, which is proved to be truthful from day one, and strained relations at home – there’s not much good in Conor’s life. However meeting Raphina (Lucy Boyton) may just change all that when she agrees to star in his band’s music video. Once he’s actually put together a band that is… (Click here to read my original review)

Tale of Tales – Three separate strands that cross over intermittently, Gothic fairytales like no-others. There’s the Queen of Longtrellis (Salma Hayek) who is so desperate to have a child, after years of trying with her husband (John C. Reilly) that she turns to a necromancer for help, with deadly consequences. Then there’s the King of Highhills (Toby Jones) who makes a friendship with a creature like no other- so unlikely, so unbelievable it even leads him to offering his beloved daughter’s hand in marriage as prize if the creature’s origin can be guessed. Finally there’s the sex-obsessed King of Strongcliff (Vincent Cassel) who hears the voice of an angel whilst prowling his kingdom. The voice belongs to elderly (Hayley Carmichael) who conceals her identity whilst the king pursues her with truly unexpected – and magical! – consequences. (Click here to read my original review)

The Book Of Life – It’s Dia de los Muertos (Day of the Dead) in a small Mexican city. Feuding lovers, and deities, La Muerte (Kate del Castillo) and Xibalba (Ron Perlman) decide the only way to settle their disagreement is have a wager over which man will win the heart of Maria (Saldana). Will it be town-hero-in-the-making Joaquín Mondragon Jr. (Channing Tatum) or Manolo Sánchez (Diege Luna), a man torn between the family profession of bullfighting and his dream to be a musician? Fantastic worlds and greatest fears lie in wait… 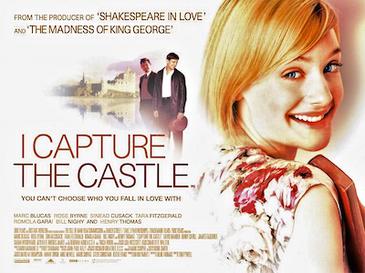 I Capture The Castle – One hit wonder of a writer James Mortmain’s (Bill Nighy) has encamped his family in a decrepit castle. The idea was the location would inspire his second book – but that was 12 years ago and barely a word has been written. He and his long suffering family are running out of money, things are looking bleak for the Mortmain household. Hopes are raised when their new neighbours, a pair of young and rich American brothers, arrive nearby to collect their inheritance. Older sister Rose (Rose Bryne) is determined to seduce the eldest brother to secure financial stability for her family. It seems as if only younger sister Cassandra (Romola Garai) is the only sane one, but just how long will that last once she meets them..?

The Seven Five– A documentary about a man who lived a life that was like something straight out of a Scorsese movie, former NYPD officer Mike Dowd is known for being the dirtiest cop in NYPD history. Whilst on the job in the 1980s and early 90s Dowd, along with his police partner ‘Chicky’, stole money, sold drugs and even ran their own cocaine ring with the help of some notorious gangsters. The extent of their corruption needs to be seen to be believed. Proof that sometimes truth is truly more scandalous than fiction.

Burn, Burn, Burn – When their best friend Dan (Jack Farthing) dies suddenly from his secret battle with cancer his best friends, Seph (Laura Carmichael) and Alex (Chloe Pirrie), find instructions left behind for them to go on a road trip to scatter his ashes. Soon realising that he knew them better than they knew themselves they escape their unhappy friends for a journey full of the unexpected, knowing full well that upon arriving at their destination they will have to say farewell to their beloved friend.

The Daughter – Arriving back home to Australia from the US Christian (Paul Schneider) is less than thrilled to be attending the wedding of his father (Geoffrey Rush) and his much younger housekeeper. Retracing key events of his childhood, and reconnecting with old friends, he’s about to stumble upon a big secret that will change the lives of those he left all those years ago.